I have successfully killed my first PI. This brings the dead hardware total of the timecake project to 2, the other casualty is one of the watches. 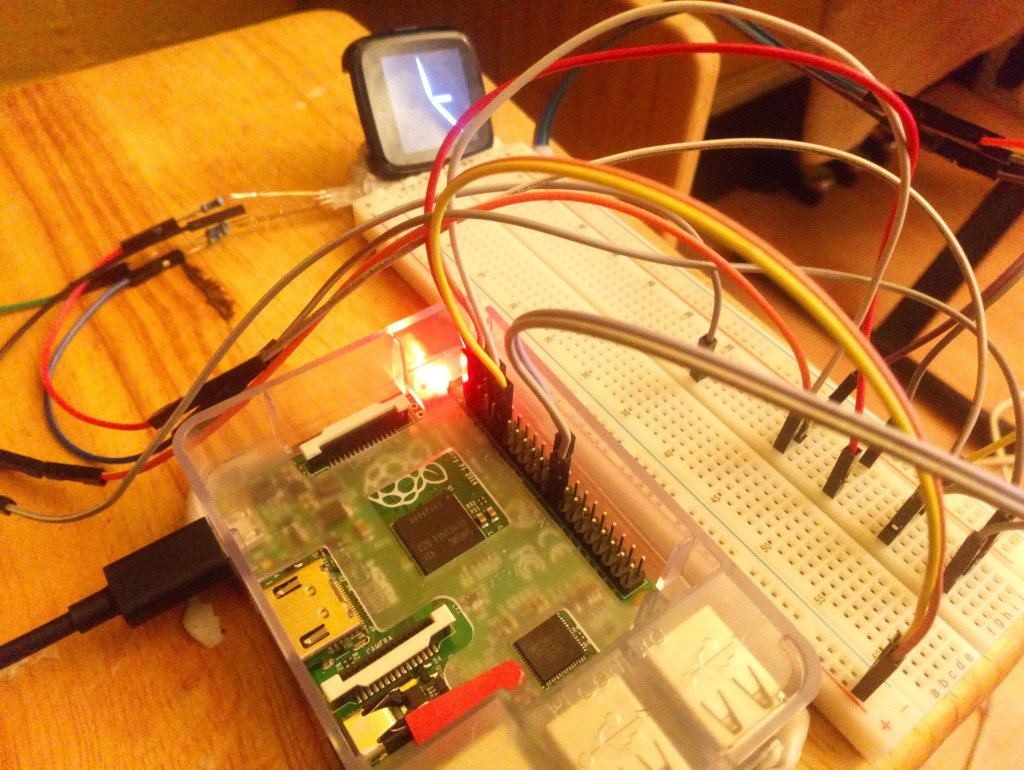 That poor PIs light will never be lit again and the chip gets rather hot when you plug it in.

I'm not sure what killed the first watch it mostly still works but I can not connect to the SWD pins, one of which seem to be shorted. So they are both probably casualties of poking the wrong wire in the wrong place.

I had been reasonably careful with disconnecting the PI's power before connecting the watch so I think the PI was killed by the watches battery (I was testing the battery % and had it fully charged). This all goes to prove that I should solder some more reasonable connections to the watch before continuing.

Luckily the project is in a working state, with the rom flashed to the watch working as an actual watch. So I think we are going to take a little break from this hardware for a while and come back with some fresh enthusiasm and maybe buy another spare watch just in case. Like most people I have a box of old PI's under the bed so that is not a problem.